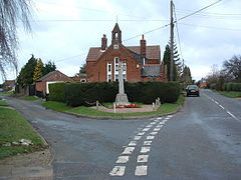 Belstead village is located around 3 miles (5km) south-west of Ipswich town centre, in 2005 it had a population of 190. In 1968 five Iron Age neck ornaments, called Torcs, were discovered by the operator of a mechanical digger in the construction of new housing – for which the driver received £45,000.  A year later a sixth torc was discovered by the owner of one of the houses.  The torcs are now on display at the British Museum. There are a number of enjoyable walks from the village – one heads across the fields, down to the railway where you cross the tracks and then on up towards Jimmy’s Farm.  By taking this route you will pass the proposed location of a giant wind turbine (130 metres high) – currently the focus of a planning battle between the 3 parishes of Belstead, Pinewood and Wherstead and the developers Pfr.